Vargon d.o.o. is a company recognized by government organizations and NGOs in the Republic of Croatia and has been awarded multiple times for its achievements... 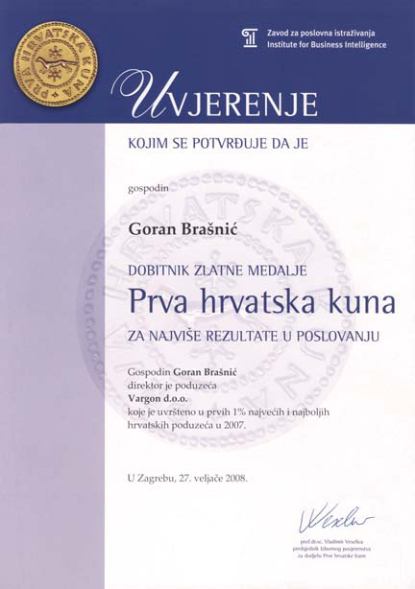 As a manufacturer, the Vargon d.o.o. takes extreme care of the environment. We care about waste disposal, not polluting nature with unnecessary lighting, not emitting exhaust gases that could harm not only nature, but all of us.
Our efforts are also confirmed by ISO 14001 quality standard.
Vargon d.o.o. is a company recognized by government organizations and NGOs in the Republic of Croatia and has been awarded multiple times for its achievements. In 2007 and 2008, the Vargon d.o.o. received the "Gazela" award for a highly developed company, and in 2008 it also received the Croatian Chamber of Commerce award for the largest medium-sized exporter in the Republic of Croatia.
Some of our most significant awards are:
the most successful medium exporter award in 2008,
the Croatian Association of Managers and Entrepreneurs "HUM-CROMA" manager of the year award to the owner Goran Brašnić in the medium-sized companies’ category in 2008, and the innovation in technical creativity of youth and economy award in 2009.
Vargokal and Vargoterm product lines, Vargokor corrugated pipes and Vargokor inspection chambers and catch basins are proud holders of the Croatian Quality mark awarded by the Croatian Chamber of Commerce. The Croatian quality mark confirms that products of the Vargon d.o.o. company meet high quality requirements. 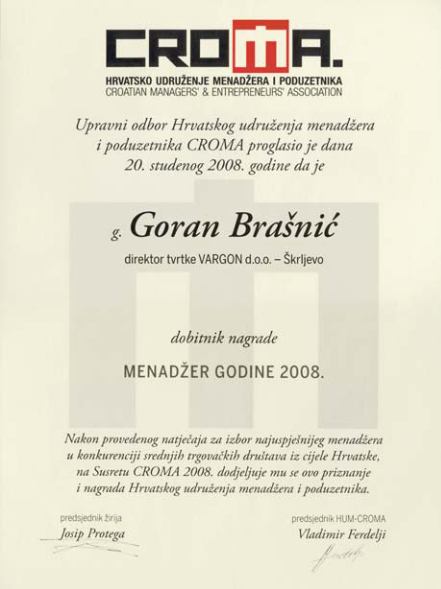 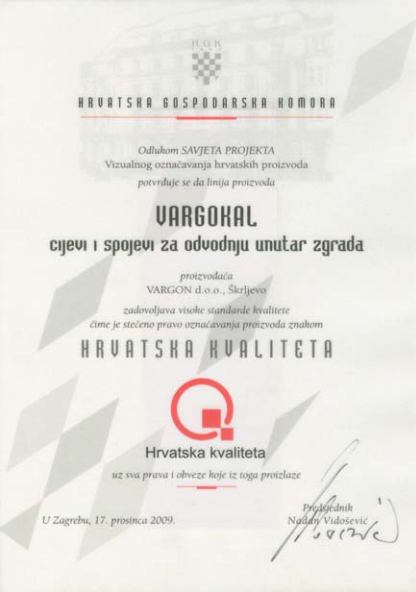